Yacht Club Veneziano, original name, has been finally turned to the actual “Compagnia Della Vela”, following the italian poet Gabriele D’Annunzio suggestion, written on a personal letter forwarded to On. Giovanni Giuriati (vice president). Gabriele D’Annunzio was at that time on the of the most modern and rapresentative writer, poet, leader of the Italian state renovation cultural project: he proposed the ver lasting motto, following the initials C.D.V. (Compagnia Della Vela) as “Custodi, Domine, Vigilantes”. 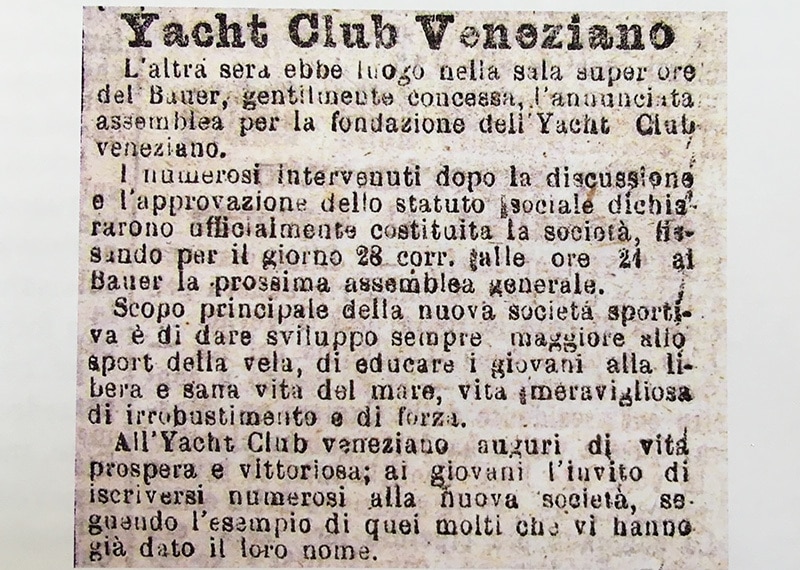 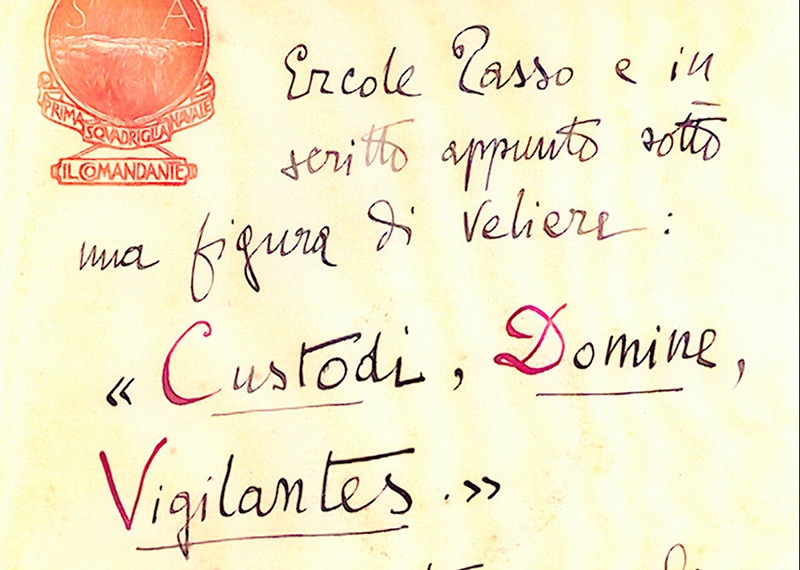 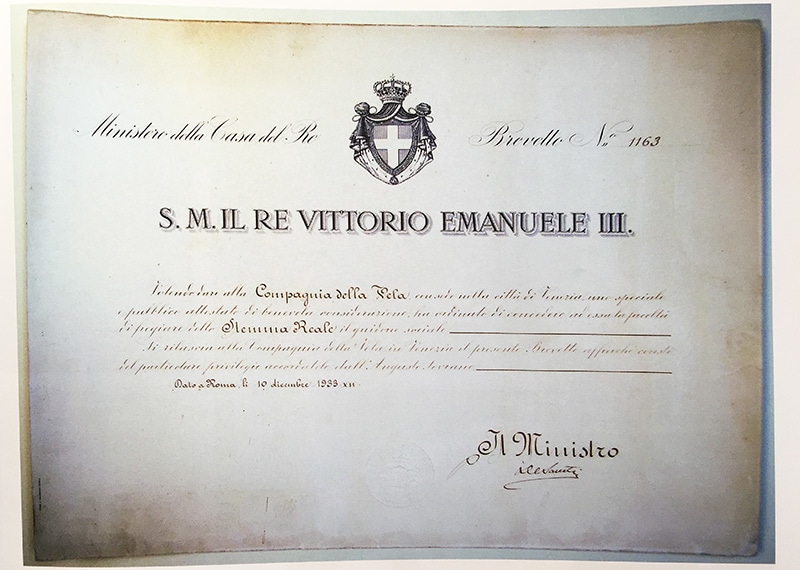 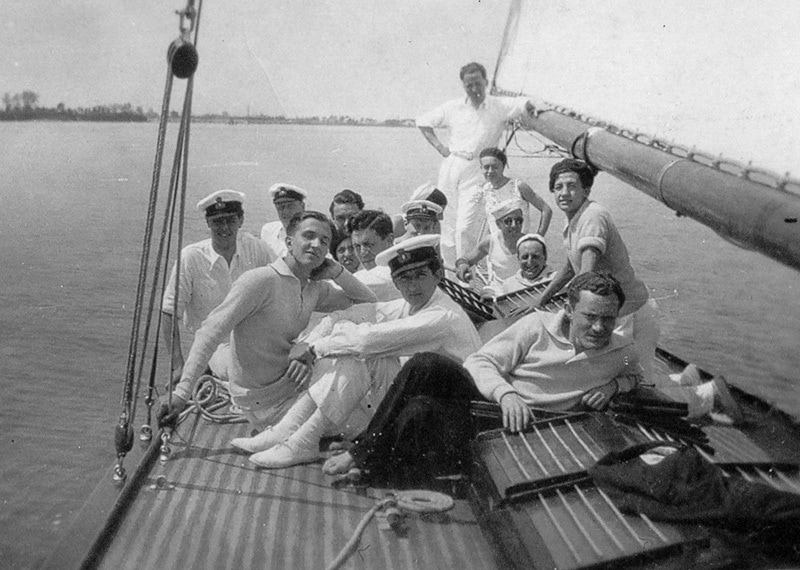 Sailing races DUX was a 12 Meter international rating, 1906 design cutter, raced only by CDV members, won some of the most important off shore races along the 1929-1939 time lapse. The most celebrated victory to remember is the “Coppa del Re di Spagna”, won in 1929: the firts place overall, on the Pollenta to Barcellona route, came after what was consideret a epic race, ahead of many much faster yachts. The news reported acts of pure braveness on the tactics, which have been celebrated by the competitors. DUX has performed many amateur cruises along the Mediterranean waters: Venezia to Costantinopoli (Instambul) – Venezia to Tripoli (Libia) and back.
1945 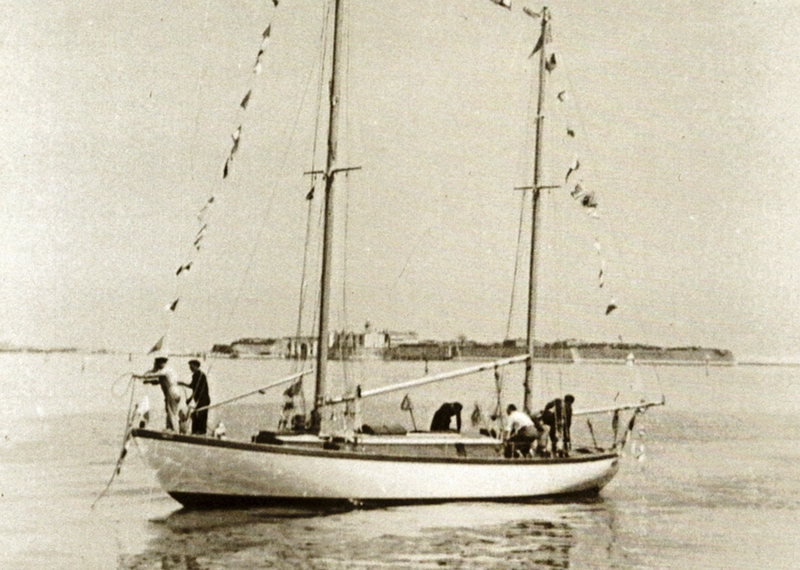 Southern atlantic crossing Vento Perso is the name of the yacht designed by Mr “Artu” Chiggiato, member of the CDV, internationally rewarded naval technician and founder of the USVI; this boat was sailed by comagnia members just after the war, crossing the Atlantic ocean in 1945 to Rio de Janeiro
1965 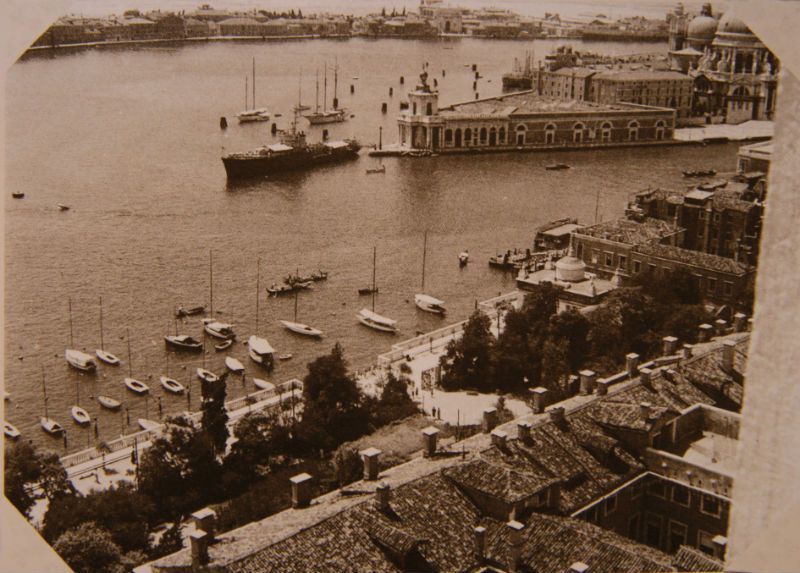 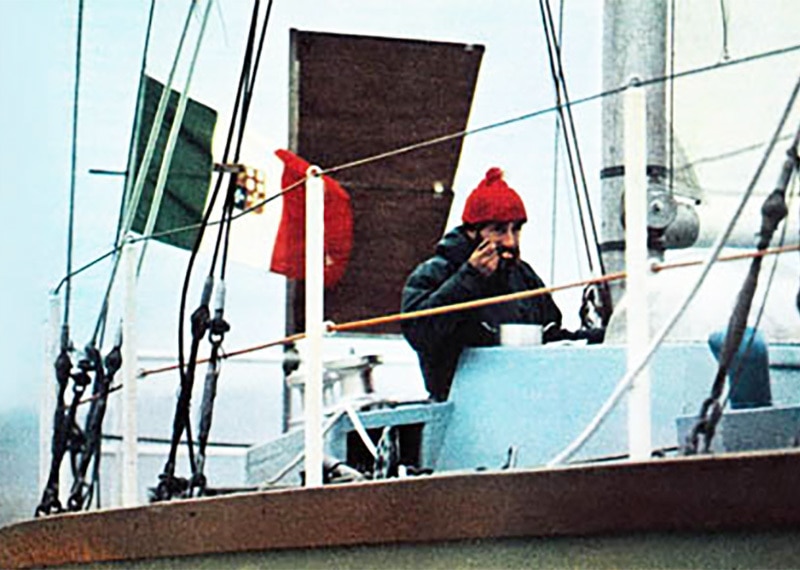 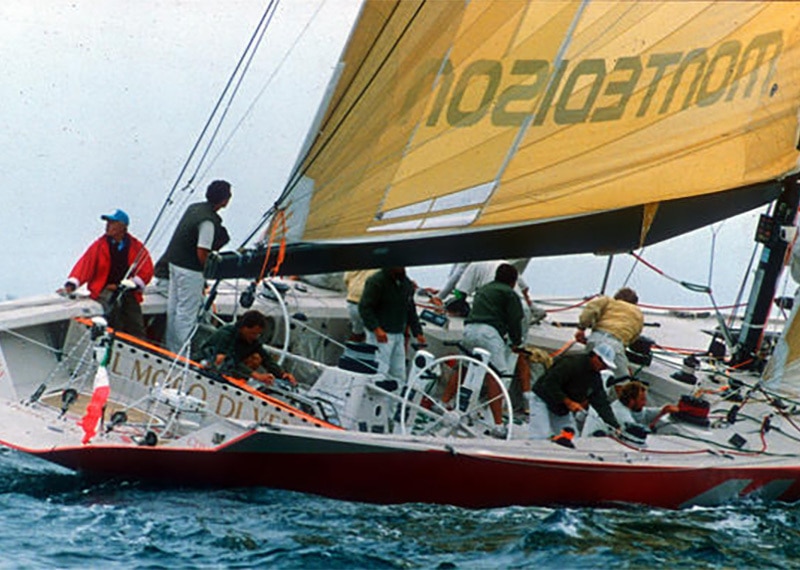 Moro di Venezia Moro di Venezia series of hulls was first launched in 1990 in Venezia, Mr Raul Gardini member of the Compagnia, started the America’s Cup campaign for 1992 edition. Italians were keen supporters of the Moro di Venezia, racing hard at the Louis Vuitton Cup, which finally was unpredictably won by Mr Gardini. This led the way to the final competition against America3 San Diego Yacht Club defender. The americans won the cup 4 to 1.

Dinghy sail for young memeber is one of the most important target of the Compagnia: the path starts from first approach to sail, following to pre race activity and proper sail race.
The youth training center branch in Punta Sabbioni was started in 1990, with the full support of Mr Raul Gardini. The location is strategic because the access to the open sea is much closer than Isola di San Giorgio. More Yacht Clubs in Venezia take part and join the facilities for sail training, therefore the name of the branch is SoCiVe.
This forward looking strategy, aimed to open the collaboration to other clubs, led to significant results, both in national and international events.
The plot of land in Punta Sabbioni is now owned by Compagnia Della Vela, the area is 5.000 sqm and facilities ranges from toilets, showers, covered rooms and storage, trolleys and minivan parking, ribs and outboards. Federazione Italiana Vela has appointed the SoCiVe as Centro Zonale (Veneto area to teach sailing).

The staff is leaded by a Direttore Tecnico and formed by a group of instructors.
Actual name has been turned to Centro Velico Agonistico, Ottavio Ghetti
.

Here follows a list of top athlets which have been raised to prestigious results:
Marta PIZZARELLO national team of Europa class / Paolo TREVISANATO and Cesare BOZZETTI winners of various national races with 470, leading the ranking list for years, Cesare BOZZETTI joined Mascalzone Latino crew in 2007 America’s Cup event in Valencia / Adriano GUARNIERI member of the national team for Optimist / Pier Filppo BARISON member of the national team fro Optimist and scored 3rd at Europenan championships in 2007 with 420 dinghy. / Giacomo BALDIN attending the Olimpycs in Athen / Alessandra MORETTO WIEL italian champin on 420 boat and first of the italians competitors at the worls championships in Buenos Aires 2011 / Matteo and Giacomo PELLICCIOLI winners of several italian and local championships . A special mention is reserved on the 2010 and 2011 years: Silvia ZENNARO with Europa class and Ruggero TITA with 49r, chianed a long list of victories. Silvia ZENNARO won the World Championship in Europa Class division and led the zonal championships in Laser radial class in 2011.

Laura COSENTINO and Silvia ZENNARO took part to the Olympics in Rio 2016 racing with Radial Laser.

The total number of members is approx 600. Special mention is for Dodo Gorla, internationally rewarded as Star Class legend: winner of 2 olimpyc medals, world and national champion , national champion on Asso 99 class,Mr Alex Carozzo, Mr Cino Ricci skipper of the first italian campaign to the Amercia’s Cup in Freemantle and Mr Paul Cayard, skipper of the Moro di Venezia italian campaign of the America’s cup 1992 and many more.

CONI (Comitato Olimpico Nazionale Italiano) has appionted the Compagnia Della Vela with the most prestigious title : “Stella d’Argento al merito Sportivo” in 1990 / whilste the “Stella d’Oro al merito Sportivo” has been assigned personally by the President of the Republic in 1995. This was due to the relevant list of results scored in its history and for the ability to organize and manage high profile sport events.
The most recent award is the “Colare d’Oro al Merito Sportivo”, issued by the CONI, which is the overall most prestigious of the honours to be appointed to a Italian Sport Club.
Surpisingly the waward was issued matching the 100 years of activity of the Compagnia.

The Royal Yacht Squadroon and the New York Yacht Club organized a special sailing event “America’s Cup Jubille” in 2001: Compagnia Della Vela was invited to take part and sail a yacht flying the Guidone Sociale, as contender of the final races in 1992 in San Diego.
The first 100 years of the Compagnia Della Vela activity have been celebrated in 2011 with important events and meetings held all over the year.