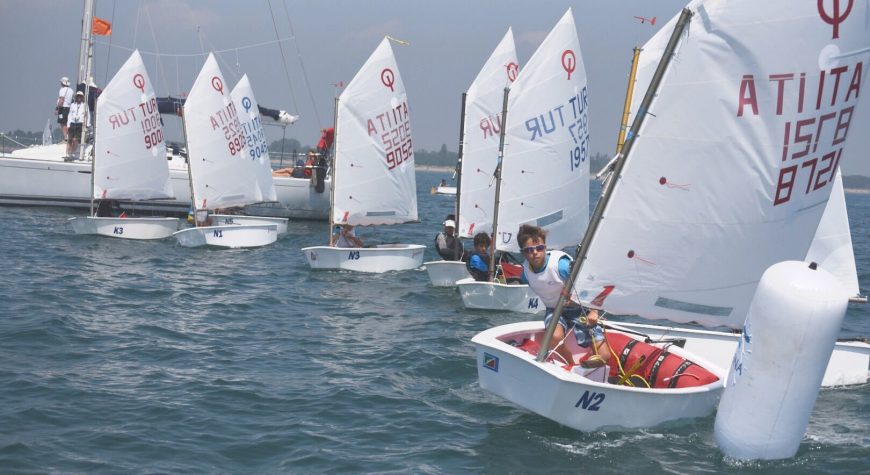 We are pleased to announce that the 33rd edition of the “Trofeo Marco Rizzotti” international team regatta for the Optimist class, held by Venice’s Compagnia della Vela and Diporto Velico Veneziano, will take place from 24th to 26th May, just off the Lido di Venezia.

Two core elements make this regatta stand out: the high level of technicality of the race and exceptional hospitality for the teams, tailored to the sailors taking part, whose ages vary from ten to fifteen years old.

The 33rd edition will see the likes of the Coral Reef Yacht Club team from Miami taking on the Lauderdale Yacht Club team from Fort Lauderdale, after taking gold and silver at the Midwinter Qualifiers respectively, held in the US specifically for the chance to take part in the Trofeo, and the national teams from Thailand, 2018 world champions and defendors of the Trofeo, Italy, Singapore, Croatia, Slovenia, Great Britain, Switzerland and France. Other participants include: Santo Amaro Yacht Club from Sao Paulo (Brazil), NC Palilula representing Belgrade (Serbia), ARM Urla from Izmir (Turkey), Fraglia Vela Riva del Garda, Italian 2018 team champions, and the XII Zona Veneto.

Among the sailors are 2017 and 2018 world champion Marco Gradoni with the Italian national team and the 2018 world team champions from Thailand. The race officials team will be made up of 16 high-ranking umpires, as will be the case for the eight members of the Regatta Committee. Live results and rankings will be available on our site and social media platforms.

A few stats: 17 teams, of which 15 from overseas,  72 boats taking part, 18 RIBs with a coach and a reserve sailor, 8 RIBs each with 2 umpires to follow each and every match, 3 RIBs for 6 volunteers placing the markers, 2 boats for the Regatta Committee, vessels for those accompanying the teams, around 20 volunteers, all members of the organising Centres (hosting clubs?). The Trofeo Marco Rizzotti regatta is not only known for its high degree of technicality, but also for the quality and completeness of the hospitality offered to participants. Every team will be assigned a bungalow at the Marina di Venezia Camping Village at Punta Sabbioni. This will form a small Olympic village where teams will be able to make the most of renovated camping structures, including a water park with a heated pool.